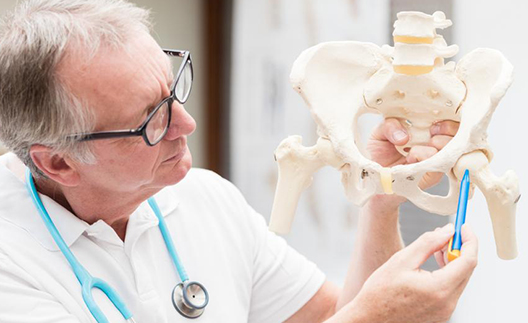 What are the major differences among the hip resurfacing implants?

The primary difference lies in the backing of the acetabular component. The BHR (Midland Medical Technology) uses a cast porous surface with a hydroaxiphate (HA) coating to promote bone ingrowth. The Wright Conserve Plus using a sintering process to affix cobalt chrome beads to the back surface. The Corin Cormet device has a plasma sprayed titanium backing with an HA coating. MidMedtech asserts that the heating of the device in the sintering or plasma spray process weakens the metal integrity. It has been shown in laboratory tests however, that when the machining tolerances are identical, the wear rate is not affected by the heat treatment.

A patient might ask, then, what are the machining tolerances of the various manufacturers. To date, they are protecting that information for competitive reasons.

I live in the United States. How can I find out which surgeons perform hip resurfacing in my state?

Lists of the hip resurfacing surgeons can be found on Orthoped.org in the “Locator”

My insurance won’t cover experimental procedures, did yours?

My insurance does not cover experimental procedures, but at the time of my surgery the resurfacing implant as installed by Dr. Amstutz was technically known as a “custom device.”, and the clinical trial had not yet begun. Because of the clinical trials now underway, this designation has changed to a “Class-B, non-experimental, investigational device”. Ironically, this may throw up more red flags from the insurance point of view even though it now has had another year of patient experience behind it. The other insurance concern is that this is a special situation involving an out-of-state hospital out of my insurance plan’s network (I have an HMO with POS option). In order to increase my chances of getting this covered under my plan I followed all the procedures of getting a referral to a local surgeon from my primary care physician and then having him refer me to Dr. Amstutz. At every step I provided the doctors with copies of the scientific papers I received from JRI so that they would be up-to-date on the latest results from JRI’s work. I believe this helped them write the referral requests. It also helped that I was with an insurance company (Prudential) that had JRI and the Los Angeles Orthopaedic Hospital on their network in California, and JRI is very willing to negotiate with insurance companies on price. In the end, the insurance company covered the procedure as an “in-network” event. I did have to pay travel costs and for the initial consultation with Dr. Amstutz.

Of course all insurance companies will be different, but don’t accept their initial response if you call and ask out of the blue if they will cover something like this.

Is there a tendency for the femoral head to die under the resurfacing implant?

This is a common misconception as it was once thought to be the reason some previous attempts at resurfacing were not successful. Here is a copy the abstract of a recent study on the question.
J Arthroplasty 2010 Jan;15(1):120-2
Viability of femoral heads treated with resurfacing arthroplasty.
Campbell P, Mirra J, Amstutz HC.

“There is a general conception that resurfacing arthroplasty causes femoral head osteonecrosis and subsequent failure of the implant. This study histologically analyzed 25 resurfaced femoral heads up to 12 years postoperatively and found that osteonecrosis was not induced by the procedure.”

Does the resurfacing implant remove more bone from the pelvis than a standard total hip replacement?

Because the head is significantly larger than that of the standard total hip replacement, one might think that more bone would need to be removed on the pelvis side, but this is generally not true. The outside diameter of the acetabular component is similar in size to the typical modular total hip replacemet acetabular cup. This is because the resurfacing implant has a single part acetabular cup, the two-part nature of the shell-and-drop-in-liner style modular component ads to the thickness of the THR component. If this is a concern in your case, you should verify the outside diameters of the components that you are considering.